ABOUT US
PRODUCTS
SERVICES
BLOG 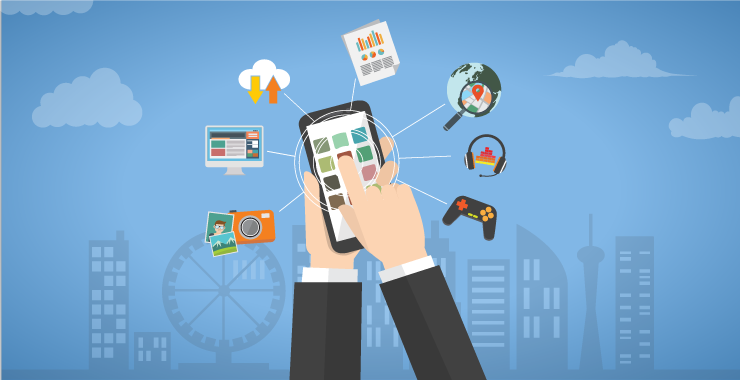 What is a cross-app platform framework?

Cross-platform app development frameworks is a type of software that allow developers to create mobile applications that are compatible with more than one operating system; iOS, Android, Windows, with a few minor changes in the development of course.
The apps built on this framework provide the ability to write the code once and then run it anywhere for other platforms, thereby enabling them to release a software faster and with better quality.

Cross-platform development faces challenges like:
- Performance problems because of communication between the native and non-native components of gadgets.
- Cross-platform developers find maintaining cross-compliance of apps with limited tools.
- Another challenge while using cross-platform is the consumption of more time. The integration process with local settings becomes quite lengthy with this platform.
- Performance-related glitches can lead to poor user experience.

These are some benefits of Cross-Platform App Development:

There are several cross-platform app frameworks out there, each with their own set of pros and cons. We think we have picked the most competitive and top-performing frameworks available today.

It is an open-source framework that was launched to solve the problem of disjointed native technology stacks, which made mobile app development a difficult and expensive affair.

React Native is a cross-platform native mobile app development framework created by Facebook based on their React JavaScript library. React Native allows you to build mobile apps using React Native components, which are then compiled into native apps that are almost identical to apps written using native tools.

Flutter is Google’s modern development kit designed for creating native interfaces for Android, iOS, and Google Fuchsia. Everything in Flutter is a custom widget created to look natively both for iOS (Cupertino) and Android (Material Design) devices. The whole UI design is all about combining those widgets, including text, shapes, animation.

Cons of Flutter:
- The framework is relatively young, and it’s still growing and developing.
- Flutter-enabled apps use built-in widgets and not platform widgets, the app’s size is usually bigger.

Ionic is an open source framework used for the development of cross-platform apps Progressive Web Apps (PWAs). It uses HTML5 for translation.

Cons of Ionic: - The knowledge of AngularJS becomes almost a necessity if one wants to go beyond basic apps.
- Designing in-app navigation is complex because of its not-so-easy-to-use UI-router.

How to avoid e-mails going to Spam?

Better Passwords With Angular and Django